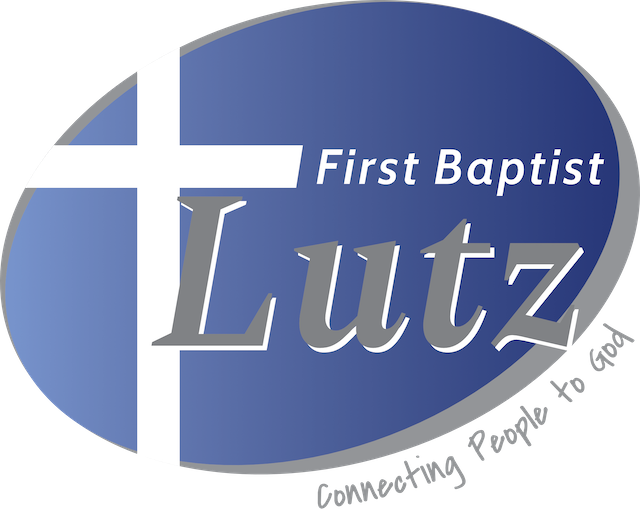 THE BIBLE was written by men divinely inspired and is God’s revelation of Himself to man.  It has God for its author, salvation for its end, and truth, without any mixture of error, for its matter.  All scripture is totally true and trustworthy.  All scripture is a testimony to Christ, who is Himself the focus of divine revelation.

GOD is the one and only living and true God.  He is an intelligent, spiritual, and personal being. He is the creator, redeemer, preserver, and ruler of the universe.  God is Holy.  To Him we owe the highest love, reverence, and obedience.  He reveals Himself to us as Father, Son, and Holy Spirit.

MAN is the special creation of God, made in His own image.  He created them male and female as the crowning work of His creation.  By his free choice man sinned against God and brought sin into the human race. Only the grace of God can bring man into His holy fellowship and enable man to fulfill the creative purpose of God.  Every person possesses full dignity and is worthy of respect and love because they are God’s creation and because Christ died for them.

SALVATION involves the redemption of the whole person, and is offered freely to all who follow Jesus Christ as His disciple with Him alone as their Lord and Savior.  By His own blood Jesus obtained eternal redemption for the believer.  Salvation includes regeneration, justification, sanctification and glorification. It is both an event, and a process.

A DISCIPLE is someone who is responding to the love of God by devoting themselves to learning to live and love like Jesus. It is humanity’s most natural and reasonable response to God’s revelation of Himself in the person of Jesus Christ; and it is the defining mark of the true follower of Jesus.

DISCIPLESHIP is the process—ordained by God, modeled by Jesus, and empowered by the Holy Spirit—whereby Christians fulfill their scriptural mandate to make disciples. Included in the process are Bible study, transparency, accountability, and sacrificial service in the context of deep and genuine relationship.

GRACE is the glorious display of God’s sovereign goodness, and is infinitely wise, holy, and unchangeable. God’s grace for the believer is forever

THE CHURCH is an autonomous local congregation of baptized disciples of Jesus.  Together they observe the two ordinances of Christ, baptism and the Lord’s Supper.  They are governed by His laws. They exercise the gifts, rights and privileges invested in them by His word.  They seek to extend the gospel to the ends of the earth.  The New Testament speaks of the church as the Body of Christ which includes all of the redeemed of all the ages, followers from every tribe, and tongue, and people, and nation

BAPTISM is the immersion of a disciple of Jesus in water in the name of the Father, the Son, and the Holy Spirit.  It is an act of obedience symbolizing the disciple’s faith in a crucified, buried and risen Savior.  Baptism is prerequisite to the privileges of church membership and to the Lord’s Supper

THE LORD’S DAY is the first day of the week.  It is a Christian institution for regular observance.  The Lord’s Day commemorates the resurrection of Christ from the dead and includes public and private exercises of worship and spiritual devotion

THE KINGDOM OF GOD

THE KINGDOM OF GOD includes His general sovereignty over the universe and His kingship over men who willfully acknowledge Him as King.  We pray and strive for the kingdom to come and God’s will to be done on earth.  The full consummation of the Kingdom awaits the return of Jesus Christ and the end of this age

LAST THINGS are according to God, in His own time and in His own way and will be the time that God brings the world to its appropriate end.  Jesus promises to return personally and visibly in glory to the earth.  At that time the dead will be raised and Christ will judge all men in righteousness.  The unrighteous will be consigned to everlasting punishment.  The righteous will be resurrected and will receive their reward and will live forever in Heaven with the Lord

EVANGELISM AND MISSIONS are God given privileges given to every follower of Christ and to every church and include endeavors to make disciples of all nations.  It is the privilege of every believer to seek always to share the Gospel of Jesus Christ with all people.  Personal evangelism is presented by verbal witness which is backed up by Christ-like living and by other methods in harmony with the gospel of Christ

STEWARDSHIP includes serving the Lord with our time, talents, and material possessions.  We recognize that all of these have been entrusted to us to use for the glory of God and for helping others

THE FAMILY is ordained by God as the foundational institution of human society.  The family is composed of those related to one another by marriage, blood, or adoption

CHILDREN from the moment of conception are a blessing and a heritage from the Lord.  Children are to learn spiritual and moral values from their parents.  Parents are to lead their children to make choices based on Biblical truth

THE GOSPEL OF THE KINGDOM

THE GOSPEL OF THE KINGDOM At its core, the Gospel, or the good news, is that our Creator, God, has revealed Himself to mankind – and that we can freely respond to this revelation. He has revealed Himself through nature, the Bible, the coming of His Son, Jesus Christ, and in the Holy Spirit.

Paul, one of Jesus’ followers, described the gospel in this way: “that Christ died for our sins… that He was buried, that He was raised on the third day…and that He appeared…” (1 Corinthians 15:3-5) He even said that this Gospel can save us. But how? And for what purpose?

We must begin with a basic understanding of God’s kingdom. As it stands now there are two, largely separate kingdoms: God’s heavenly kingdom, and the earthly kingdom. But in the beginning, both kingdoms “overlapped” and God and man walked and talked together as people do today. He created mankind in His image, and it was His design that we would fill the earth with His image – His love, justice, peace, goodness, beauty, and so on. But we rebelled – and so the kingdoms could no longer overlap as they had.

In time God chose a people (Israel) and built a tabernacle as a “dwelling place” among them – bringing a little piece of His kingdom here to earth – so that He could be near us and so that we might follow Him.

Then, many generations later, He sent His Son, Jesus, to “tabernacle” in us. Now, Jesus tells us that it is our job, empowered by the Holy Spirit, to continue the work of spreading His kingdom here on earth, making disciples of Him everywhere we go, bringing world revolution by filling the earth with His image.

We who choose to believe these truths, trust Him, follow Him, and become His disciples take on this work of building His kingdom; and in-so-doing are promised that He will be with us now, and we will be with Him in eternity – and thus, we are saved.